4K resolution, also called 4K, refers to a display device or content having horizontal resolution on the order of 4,000 pixels. The 4K resolutions exist in the fields of digital television, digital cinematography. Streaming video from YouTube and Vimeo also allow the upload of content with 4K resolution.

Why record video with 4K resolution?

The main advantage of recording video at the 4K standard is the fine spatial detail, which contrasts with 2K resolution in which fine detail in hair is displayed poorly. If the final video quality is reduced to 2K from a 4K recording more detail is apparent than would have been achieved from a 2K recording. Increased fineness and contrast is then possible with output to DVD and Blu-ray.

With the standardization of H.265/HEVC codec, we will have the opportunity to keep in touch with more or more 4K content resources. In 2014, Netflix began stream streaming television series at 4K to compatible televisions. Amazon Studios also begin to shot full-length original series and new pilots with 4K resolution in 2014.

Want to play 4K video movies on the upcoming Windows 10? The good news is that Windows 10 will add support for the HEVC codecs to allow 4K Video to be opened in Windows Media Player. The bad news is that the Windows Media Player on Windows 10 can not provide a 4K resolution to play your 4K video, you will not be able to see all the fine detail present in the original video when you try to provide a lower resolution than the original video resources.

Step 1: Run the U2USoft 4K Video Player on Your PC or Laptop

Download 4k video player software and then install the software according to the instruction on your Windows 10/8.1/8/7 computer. Run it and the player pops up with its intuitive interface.

There are two buttons on the interface of the player. Please click “Open File” button to load 4K video file. 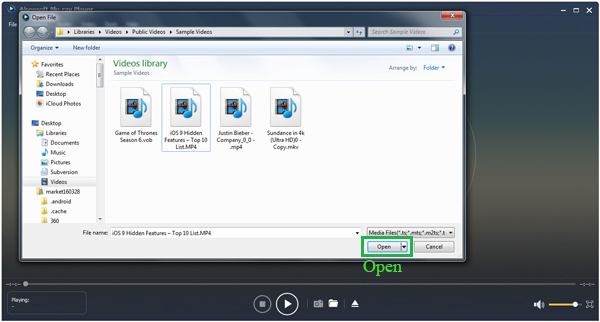 a. Select the 4K video you want to watch and click “Open” button. Then the video will be added to the player.

b. Then the 4K video will be played automatically. You can enjoy the video with clear audio/visual effect.

c. When the 4K video is played, you could do these operations such as pause, stop, play the 4K video and adjust the video volume at the bottom of the 4K video player for pc or laptop. 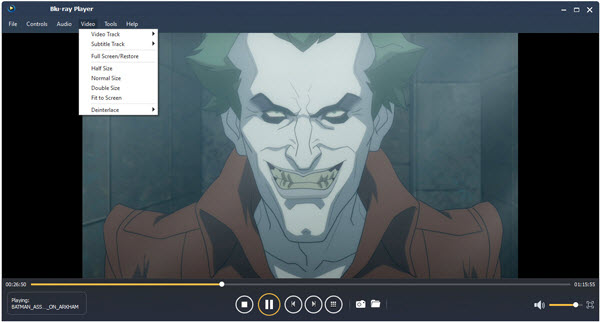 d. If you want more control functions, hover your mouse to the top of the player and there are more control bars. You could select audio track, video track, subtitle, full screen and so on.

Now just Just sit down and enjoy your amazing 4K UHD videos with this amazing 4K video player on your Windows 10/8.1/8/7 PC or Laptop.

How Do I play 4k videos on Macbook Air/Pro,iMac/Mac Pro?