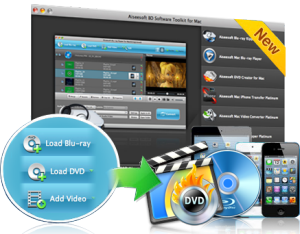 U2USoft Blu-ray Toolkit for Mac is three-in-one Blu-ray toolkit, consisting of Blu-ray Player for Mac, Blu-ray Ripper for Mac and Video Converter for Mac. With this versatile and professional Blu-ray Toolkit, users can easily handle any Blu-ray issues and video converting issues with ease.

* What a leisure with easy operation and perfect effect 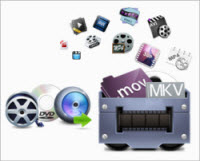 With its powerful batch conversion function, you can easily convert video to the same or different output video formats with only one conversion. 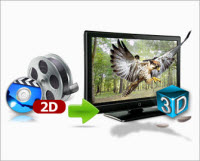 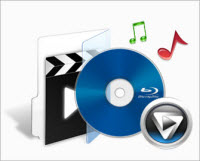 This U2USoft Blu-ray Toolkit for Mac suite can be used as Blu-ray Player software for Mac to play Blu-ray disc, Blu-ray folder or ISO files on Mac. Also, In addition, general videos even 1080p HD and 4K UHD videos can be played under Mac OS X (including macOS Mojave). It supports to play video formats including MTS, TS, M2TS, MFX, TRP, MKV, WMV, AVI, MP4, MOV, RMVB, M4V, SWF, VOB, and so on.

This Blu-ray Player for Mac can play any 4K UHD/1080p HD video with superior video quality. The software’s deinterlaced feature ensures you an effect of 4K UHD/1080p full HD even the movie is in 1080i. You will experience the full potential of 4K UHD/HD entertainment on Blu-ray disc whether DTS-HD Master Audio or Dolby TrueHD. It’s the best companion to your Mac computer allowing you to play Blu-ray movies on Mac. 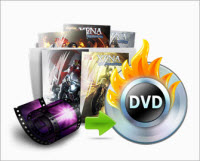 The Blu-ray Ripping function allows you to convert and edit any Blu-ray to 2D/3D videos without zero limitation. There are three 3D modes for you to choose, including Anaglyph (Red/cyan), Side By Side (Full/Half-Width), Top and Bottom (Full/Half-Height).

With this Blu-ray software package, you can simultaneously rip any Blu-ray disc/movie to popualar videos like MP4, MOV, AVI and M4V, etc. You can also convert nearly all video and audio files to various formats such as MP4, MOV, M4V, AVI, FLV, WMV, MKV, WebM, 3GP, and more. You have a total of approximately 200 formats at your disposal. In addition, this software has a simple editing function, which allows you to cut video length, crop the image size of a video, insert text/image watermarks, and merge multiple video clips. 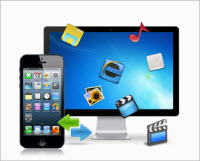 What a leisure with easy operation and perfect effect

The comprehensive toolkit will help you dealing with all Blu-ray issues and video converting issues in a few steps. It is all with this versatile program.

With the unique design and intuitive interface, you can easily finish all the processes only in a few clicks.

Equipped with the latest technology, the Blu-ray Toolkit for Mac will provide you with the best audio-visual Blu-ray effect and the highest video converting speed and converted quality. 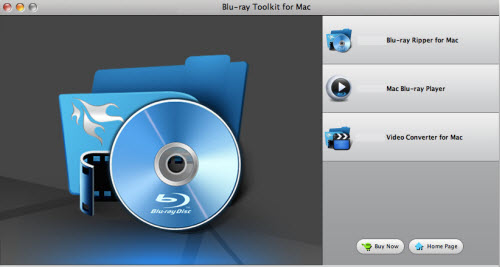 This U2USoft Blu-ray Toolkit for Mac pack can be used as a audio converter, which can help you extract audio track from BD/DVD/videos and store it as lossless audio files in FLAC, WAV or WMA format. You can convert audio to MP3 or other popular audio formats supported by iPhone, Android phones, etc.

This all-in-one U2USoft Blu-ray Toolkit for Mac pack supports AMD APP and NVIDIA CUDA technology, which can make BD/DVD/video/audio conversion faster. It has user-friendly interface and easy to use. The converted video and audio files has superior image quality.