What is AMR file?

What’s more, you can use this audio converter to extract the audio track from all popular movies or music videos, such as AVI, DivX, WMV, MPG, MOV, MP4, H.264, 3GP, ASF, VOB, MKV and so forth. Free download the trial version, you’ll get the ideal audio formats with perfect sound quality.

Drag and drop the AMR files or the AMR folder directly to the main interface of U2USoft Audio Converter (for Mac). Or click the “Add files” button to import AMR audio files to this AMR converter.

Click the drop-down button right beside “Profile” to set output profile to MP3, WAV, M4R, M4A, AIFF, or other of you desired audio formats and define the destination folder. 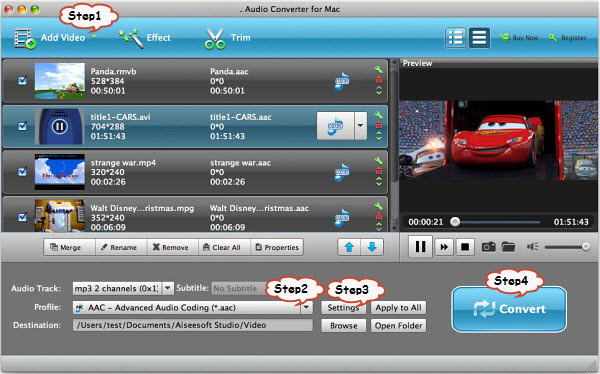 You can also select other audio format as output format according to your specific needs from the “General Audio” category or the “Lossless Audio” category:

* To edit AMR in Sony Vegas, Avid, and Adobe Premiere or to play AMR on Android, Samsung Galaxy, PS3, Xbox 360, BlackBerry, we had better convert AMR to MP3 or WAV.

* To play AMR in RealPlayer, we can convert AMR to RA, MP3 and etc. 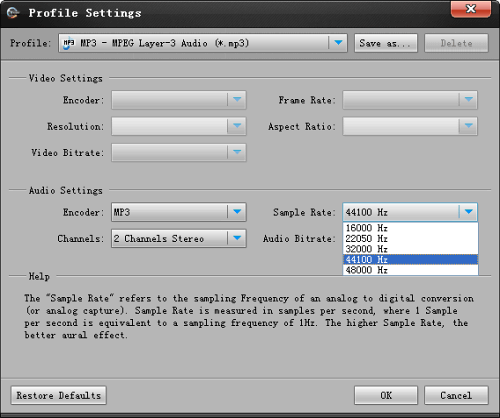 To convert AMR to 24 bit WAV, in “Audio Settings” section, choose “WAV 24bit” in the “Encoder” drop-down. Click “OK” to save the setting.

Press “Convert” button to start the AMR conversion. It will be finished with high output quality and fast converting speed.

After the conversion is done, click “Open Folder” in the bottom of the software interface to locate the converted file.

Converting AMR and 6 channels AMR to MP3, M4R, WAV, AAC, M4a, OGG, etc is just that easy and fast with the professional AMR Converter. Go ahead to enjoy your work now.

MLP to MP3 Converter-Convert MLP to MP3 without Losing Quality